Health Guidelines for this Event 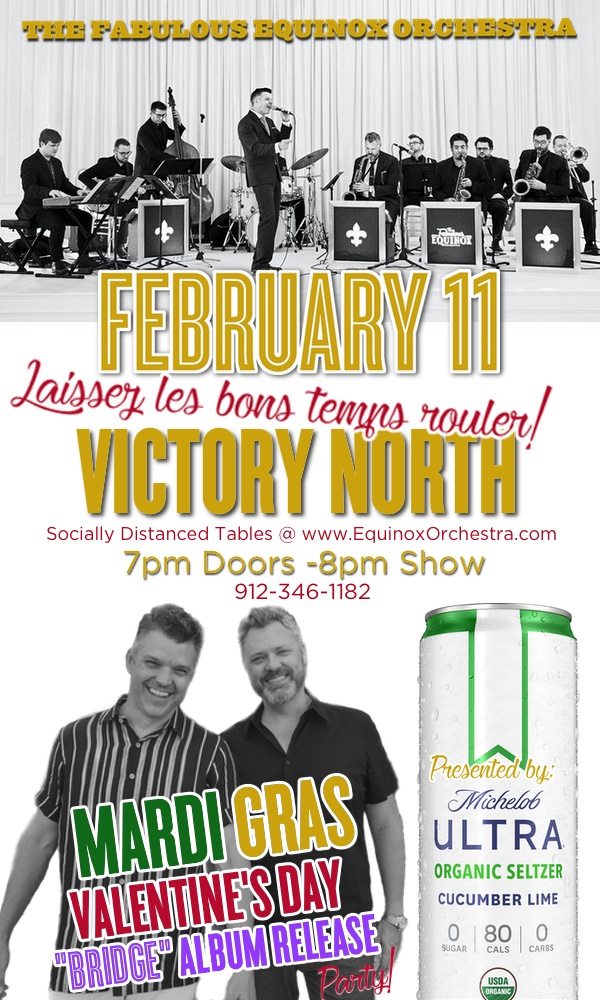 It’s a Valentine’s Party Gras Movie-thon and Album Release Show (or a Mardi-Tine’s Hollywood Record Debut). Wow. We agree, there’s a LOT going on here! So, the most important thing you need to know is The Fabulous Equinox Orchestra is releasing a new album! You will be the first to experience this brand new project, and lucky for us all, the date falls close to Valentine’s Day, Mardi Gras, and the premier of a new movie featuring music from this album.

On Thursday, February 11, Jeremy and Clay invite you to join them as they celebrate the debut of “Bridge,” the first of a trilogy of albums recorded during the difficult year of 2020. The Fabulous Equinox Orchestra will take the stage at Victory North* in Savannah for a limited and responsibly spaced audience. Doors at 7:00 PM, Show at 8:00 PM. The show will feature songs from the album, as well as some Valentine’ and Mardi Gras music, too. Don’t miss it!

*Victory North has been diligent in taking abundant precautions during this time. In addition to enhanced sanitization measures provided by Jani-King, the venue has installed all new GPS air purification systems to help keep guests safe and healthy. You can read more about the system HERE (include the same link to their page that we used for the Christmas show) 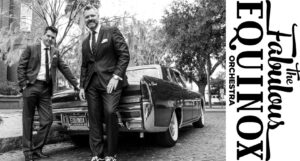 The Fabulous Equinox OrchestraMeet your next two best friends – Jeremy Davis and Clay Johnson, along with their fiery hot 17-piece big band! All across America, audiences have fallen in love with these two sophisticated Southern gentleman and the high-energy show that is "Davis & Johnson present the Fabulous Equinox Orchestra." Along with the greatest songs, the best original arrangements and phenomenal musicianship, these two bring their rich friendship and charm to the stage. Fashioned in the style and swagger of the legendary entertainers lead by Frank Sinatra, Davis & Johnson are putting their own original stamp on the Great American songbook, graced with a touch of Motown, Ray Charles, Johnny Cash, Elvis and more, offering a freshness and relevance that speaks to every soul.