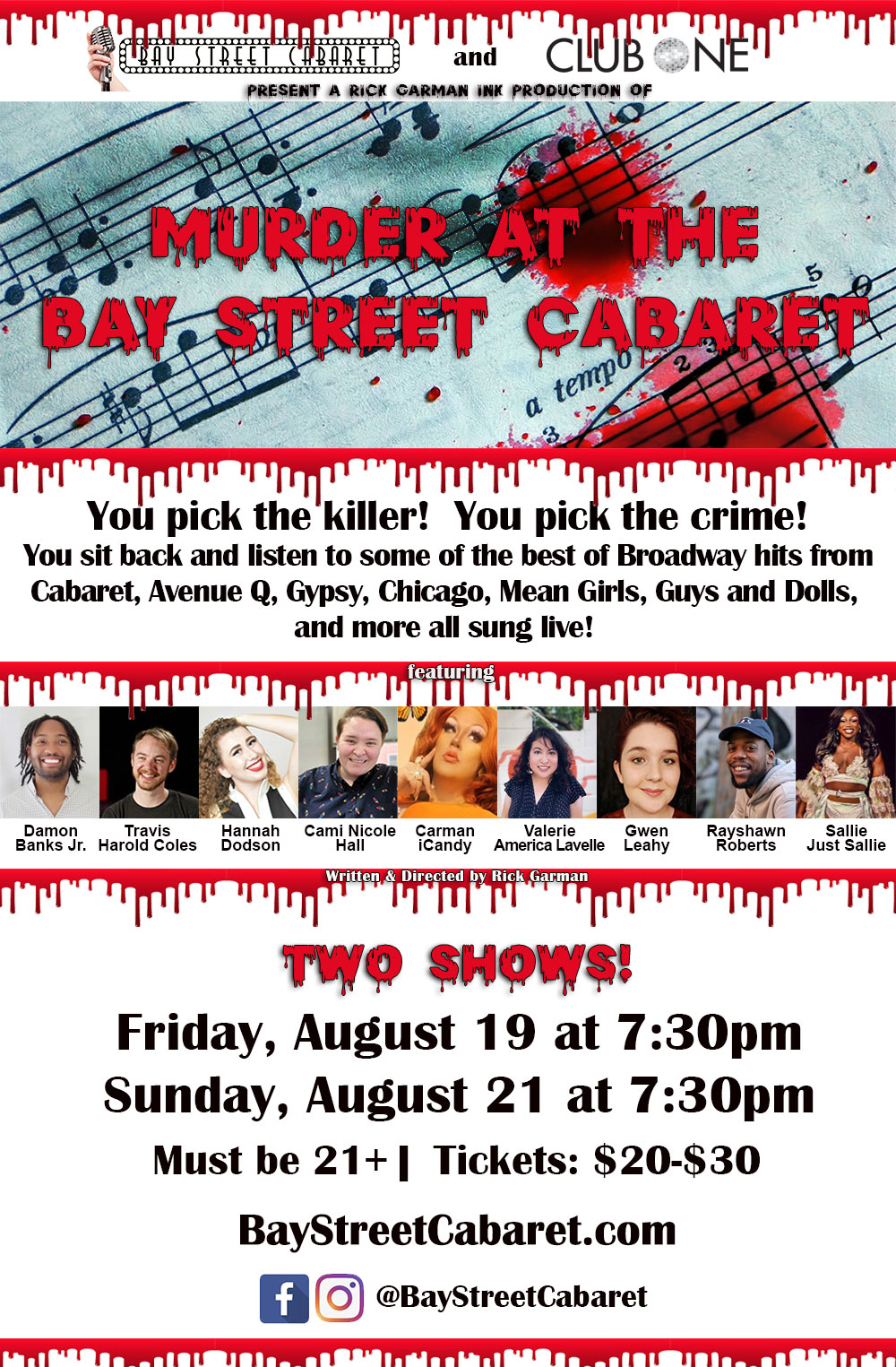 You pick the killer!  You pick the crime!  You listen to some of the best hits from Broadway sung live! “Murder at the Bay Street

You pick the killer!  You pick the crime!  You listen to some of the best hits from Broadway sung live!

“Murder at the Bay Street Cabaret,” is a hilarious new murder-mystery where the audience gets to make life-or-death decisions for our cast while enjoying live music and sipping on a specialty cocktail or three.

Don’t worry, it’s not one of those annoying interactive dinner theater type of things where you have to pretend to be a guest at a stately English manor where someone gets knocked off and you have to figure out who did it.

Instead, the mystery focuses on a group of performers at a fictional Bay Street Cabaret who are both potential victims and potential murderers, each introducing themselves and their motives through hilarious scenes and comedic songs.  At the end of the first act, a secret audience vote will decide who “dies,” how they died, and who the killer is, all revealed in the second act as our performers adapt their lines and music to what the audience decided!

The show features live cabaret performances of classic and modern songs from Broadway including “Money, Money” from Cabaret, “Schadenfreude” from Avenue Q, “Be Our Guest” from Beauty and the Beast, “Sexy” from Mean Girls¸ “Whatever Lola Wants” from Damn Yankees¸ “Cell Block Tango” from Chicago, “Luck Be a Lady” from Guys and Dolls, “Rose’s Turn” from Gypsy¸ “You Oughta Know” from Jagged Little Pill, “I’m Still Here” from Follies, “What I Did For Love” from A Chorus Line, and many more.

Guests must be 21 years of age or older to attend. The theater space is on the second floor and is only accessible by stairs; no elevator is available. Songs will be performed live to pre-recorded tracks.