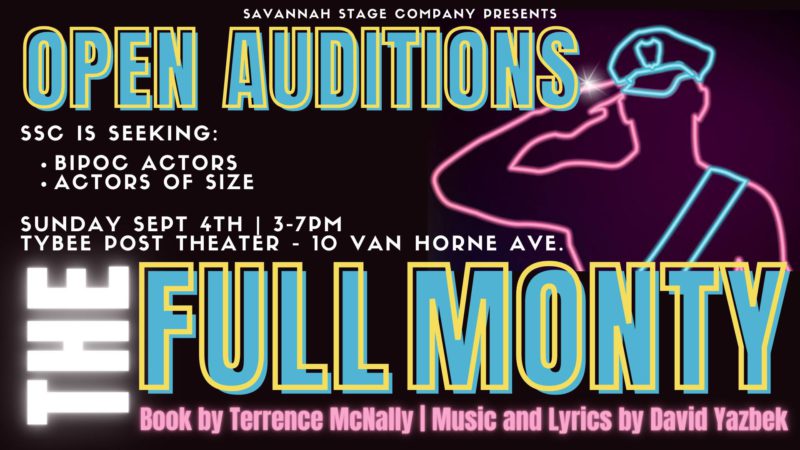 Savannah Stage Company is seeking actors, specifically BIPOC actors and actors of size for their November production of The Full Monty happening at Tybee Post Theater! Actors will

Savannah Stage Company is seeking actors, specifically BIPOC actors and actors of size for their November production of The Full Monty happening at Tybee Post Theater! Actors will receive sides and music at the audition. Please bring a headshot and conflicts for October and November 2022.

Based on the original 1997 British comedy, this musical adaptation brings the story to America. Our main protagonists are six unemployed steelworkers from Buffalo, New York. All six are out of cash and out of options. After their wives experience a touring Chippendales performance, the guys get the idea to start their own local strip act. The show will take place at a local club and will be the best act around, because they’ll all go “the full monty.” As they prepare to strip completely nude, the men come face to face with their own self-consciousness and inner demons.

performances: November 17th – 20th at 8pm and 2pm on the 19th at The Tybee Post Theatre

Savannah Stage Company is a professional theatre company that encourages growth through imagination and bravery. They are celebrating their 10th Season, a Milestone Season of Fearlessness! All positions paid. 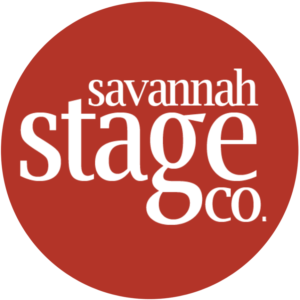 Savannah Stage CompanySavannah Stage is an non-profit professional theatre serving the audiences of Savannah and Chatham County. We offer bold, simple storytelling through action-driven theatre. The Savannah-based ensemble is dedicated to continuous artistic growth by providing the most courageous theatre imaginable. For more information, please visit our website.outreach@savannahstagecompany.com